In the wake of recent developments, employers continue to have questions about vaccine mandates and what they need to do next. On this page, you’ll find in-depth discussions clarifying the current status of the various federal mandates, as well as answers to common questions and guidance on using vaccine requirements to enhance workplace safety and employee wellness. 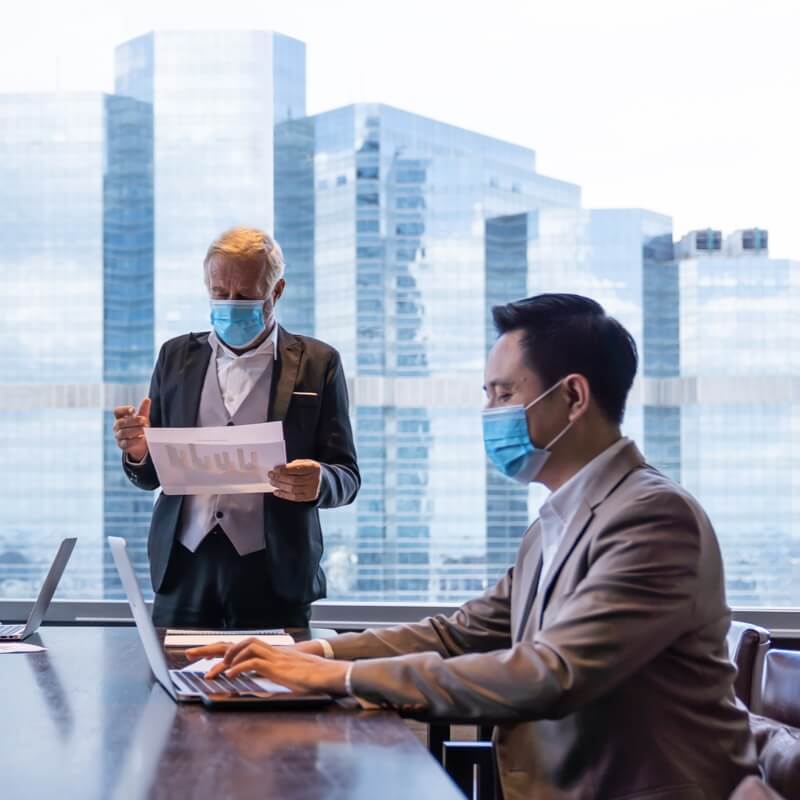 What’s next now that OSHA has withdrawn the Emergency Temporary Standard?

On the heels of the Supreme Court’s stay of the private employer vaccine mandate, OSHA has withdrawn its Emergency Temporary Standard (ETS) while it works on a permanent rule. In the meantime, employers remain responsible for keeping employees safe from COVID-19 at work. Ellen McCann joins guest host Nate Smith to discuss this latest development. 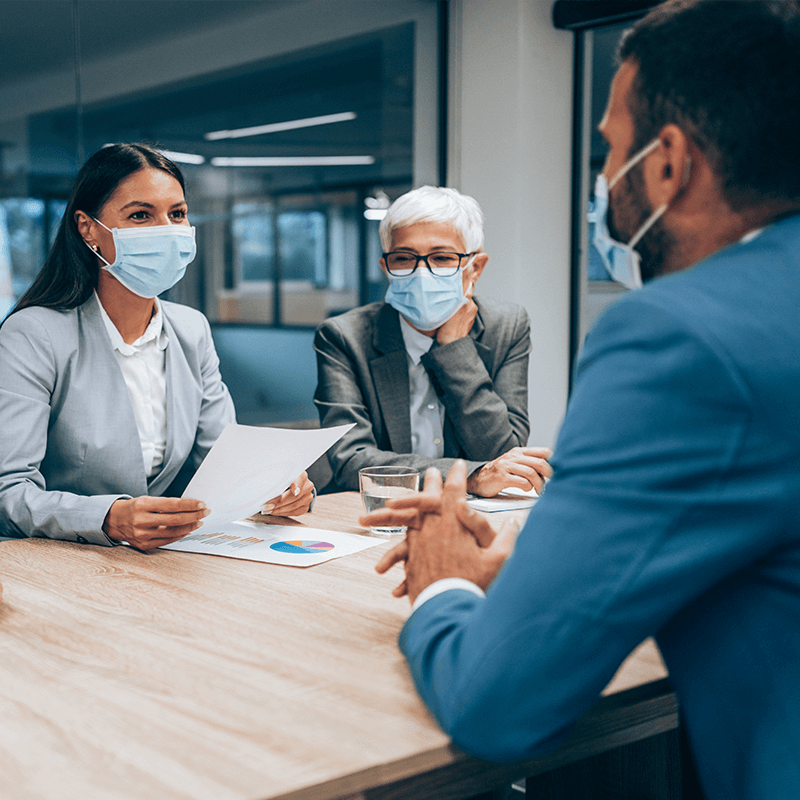 Does the latest Supreme Court ruling halt all vaccine requirements? Not by a long shot.

What should employers know about federal COVID-19 vaccine and testing mandates, after the January 13 Supreme Court ruling? Recorded on January 14, legal expert Ellen McCann walks listeners through the current status of the three federal mandates and what employers should do now to ensure a safe workplace. 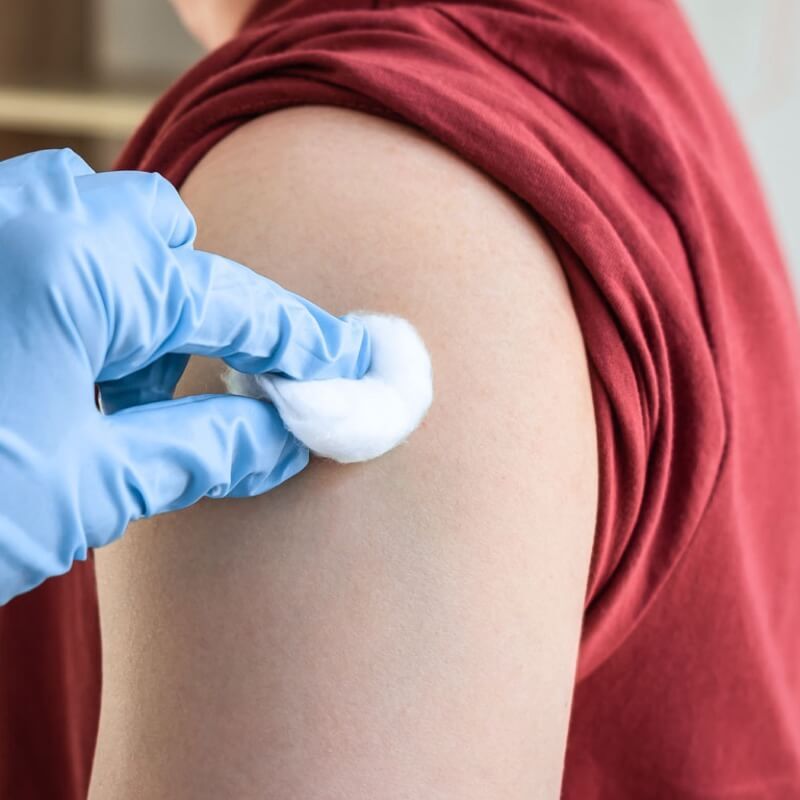 Unum employment law and compliance expert Ellen McCann explores what we know about the President’s vaccine mandate so far. She discusses which employees are covered, how the mandate will be implemented, prospects for litigation and what it all means for employers.

On January 25, 2022, OSHA announced it is withdrawing its Emergency Temporary Standard (ETS), also known as the private employer vaccine mandate. Has the federal government abandoned the idea of a private employer mandate?
No. The Occupational Safety and Health Administration (OSHA) announced it will withdraw the ETS, thereby making the litigation in the 6th Circuit moot. Instead it will focus on crafting a proposed permanent rule, based on public comments and likely what it has gleaned from the January 13 Supreme Court ruling that stayed the ETS.
How did the January 13 Supreme Court ruling affect the federal vaccine mandates?

The federal contractor mandate remains stayed while litigation in the lower court proceeds.

With the ETS withdrawn, are employers under any obligation to ensure workplace safety?
Yes. Under the Occupational Health and Safety Act employers have a general duty to maintain safe workplaces. Penalties for failure to comply with the general duty clause can equal over $14,000 per violation and up to $145,000 for willful or repeated violations.
What about vaccine mandates at the state and local level?
Employers should be aware of the patchwork of city and state laws out there — both requiring and prohibiting vaccine mandates. These are also impacted by ongoing litigation, so employers should consult with their counsel to determine what state or local requirements may apply to them. Also, some states have their own state-level OSHA programs. Once OSHA passes a permanent employer vaccine mandate rule, those states will need to have rules that are at least as protective of employees as the federal rule.
Does the Supreme Court ruling ban employers from voluntarily implementing vaccine or testing requirements?
No. Unless an employer is subject to a state or local law that limits its ability to do so, they are free to require their employees to show proof of vaccination or a negative COVID-19 test to come to work. Employers should work with their counsel to determine whether state or local laws affect their ability to implement their own policy.
What are the benefits of implementing an employer's own vaccine or testing policy?

Most medical experts agree that vaccinations are the best way to stop the spread of COVID-19 and prevent it from causing serious illness or death. So requiring vaccination or testing at work can have several benefits:

All health care employers covered by the mandate should begin working with their counsel to develop a policy to comply with the mandate, if they haven’t done so already. Most health care workers are now required to get vaccinated before coming to their workplace. Although there is no automatic option to offer testing instead, employers must consider valid requests for religious and medical accommodations, which may include testing if a reasonable accommodation.

CMS revised the deadlines for vaccination in states where the health care mandate had previously been stayed: Alabama, Alaska, Arizona, Arkansas, Georgia, Idaho, Indiana, Iowa, Kansas, Kentucky, Louisiana, Mississippi, Missouri, Montana, Nebraska, New Hampshire, North Dakota, Ohio, Oklahoma, South Carolina, South Dakota, Utah, West Virginia, and Wyoming. In these states, workers now need to get their first shot by February 13 and their second shot by March 15. Deadlines for workers in Texas, where a lawsuit against the mandate was dismissed on January 19, have not yet been announced.

Workers in the remaining states must receive their first shot by January 27, and their second shot by February 28.

What did the ETS mandate employers to do?

The OSHA ETS required that employers with at least 100 employees develop, implement and enforce a mandatory COVID-19 vaccination policy. In developing an acceptable policy, employers could either:

Why is information on Vaccine Verifier no longer available?

Colonial Life Vaccine Verifier is no longer available for sale and purchase contracts will not be renewed. Many Vaccine Verifier customers are no longer using the solution, but we will provide support through February 2023 for those who need it.