Recently I’ve been feeling a little too self-satisfied with my efforts at social media marketing. My Twitter page has been going from strength-to-strength, I’m starting to get a handle on scaling content and scheduling across all the social platforms I run, and I’ve got big plans for Facebook.

Truth be told I was starting to think I’d really cracked it.

And then I made a little change. Not a huge one. In fact it was a change so small that it 'd be hard to notice upon first inspection. But what it did to my engagement levels had an immediate and catastrophic effect. 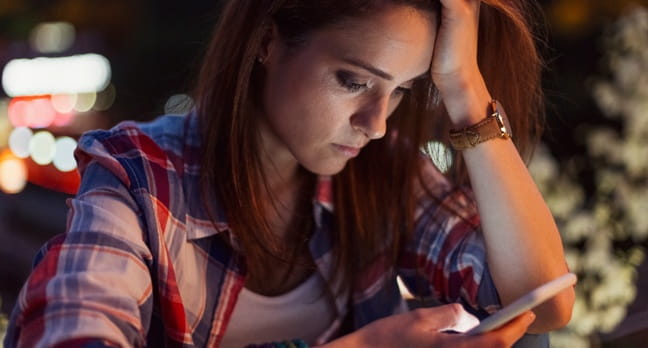 So, last Thursday I was given a cool tip. The text in my Twitter profile has always looked pretty good to me. I 'd done all the best practice stuff, like include the website, location, ya da ya da. I 'd also made sure to include several hashtags that I sometimes post content under. Seemed like a good idea to me.

Then I was told that the problem with hashtags in your profile meant it 's likely that when a new follower checks you out they 'll probably click a hashtag which ;will immediately take them away from your page ;and to a bunch of content which includes that hashtag. You 've one chance to get them clicking on your content and checking out what you got to offer and what do you do? You send them elsewhere!

I immediately updated my profile and removed the hashtags. But then I had a great idea. I 'd been using a particular hashtag pretty regularly which was getting me some great engagement so I decided to keep it in my profile. But even better, I decided to amend it so it became the go-to hashtag for my business and my loyal following would soon be sharing it when they engaged with my posts. This was clearly an awesome idea.

Within a few hours my engagement level had crashed through the floor. ;Traffic had slowed to a trickle and I was left scratching my head. I 'd recently changed some images and text to freshen up my posts so perhaps I 'd had made a mistake with the messaging. Or perhaps I needed to change my posting times. Then I remembered, I was just finishing a ;Twitter Card promotion, maybe things were returning to normal. This was good news, though I was still kinda disappointed that my organic efforts clearly needed some attention. I 'd deal with that the following morning.

By Saturday afternoon things had gotten worse. The engagement drop showed no sign of slowing and neither had the sudden dearth of visitors to the website. I 'd made some amendments to my content presentation, but to no avail. What was going on?! And why was the content I 'd curated performing fine? I spent the rest of the day in a bad mood, pacing around and hoping the Eureka moment would appear.

On Sunday morning I was convinced that karma had got me. Everything had been running so well that was convinced I 'd mastered Twitter. It was easy. Kid 's play. Only a dummy would struggle to reap the rewards hidden within its 140 character limit. But this was a royal kick in the seat of the pants.

In one last desperate attempt to figure out the situation I scrolled back through my posts to before the problem occurred. I couldn 't see any obvious differences - maybe I just wasn 't cut out for Twitter. Maybe I should...wait a minute, is that post with great engagement using the hashtag I was employing before I 'd changed it? ;It was! And so were the curated posts that were still working their engagement magic.

20 minutes later I 'd amended all my scheduled content, re-applying the original hashtag. A tweet went out. My phone, which gets Twitter notifications (and had stayed resolutely silent for the past few days), started to ping.

I breathed a huge sigh of relief; thankful, with an extra helping of humility. Within two days my engagement levels had rocketed back up. In fact they were now higher than before… 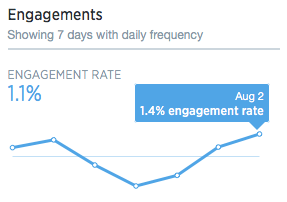 What to consider if it all goes wrong:

Twitter can be unforgiving if you do get it wrong. As I discovered, it 's real easy to make a mess of your hard work with one little mistake. Fortunately, it can be fixed, too. ;Here 's a few things to consider:

An absolute ;treasure trove of information. Twitter analytics is full of data which not only displays how your content is performing (or not), but the info on follower interests, demographics, etc., can help decide future content ideas. Oh, and it can show you where you 've gone wrong, as I discovered.

I love these. They ;help identify conversations and content on a specific topic. So, if you 're looking to discuss ice cream or want to find content on football, it 's #icecream or #football. One tip - don 't change a hashtag that 's working for you. Here 's a cool article on ;hashtag etiquette.

Refresh the look of your content ;and change up the tweet text regularly. Your content can have a long shelf life if you keep things fresh.

Make sure you 're not just posting your own content but ;sharing what 's interesting and useful from around Twitter ;and the web, too.