Every year we see the publication of the Forbes list, ranking the wealthiest people in the world. I don’t know about you but I can’t resist indulging my curiosity by perusing the list to see who has made it. 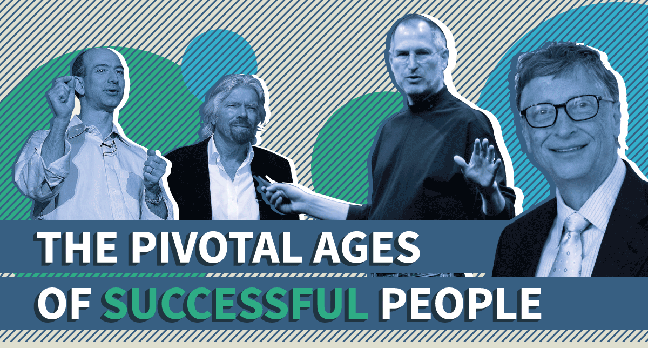 But have you ever wondered how and at what age these people actually made their money in the first place? This infographic looks at some of the most successful people in business and entertainment and explores the ages at which they hit various landmarks, such as starting their own business and earning their first million. Many of the world’s wealthiest and most successful people come from very humble backgrounds and their stories are a reminder that through determination, courage, and a bit of luck, anyone (at any age!) can overcome their circumstances and achieve great success.

For example, Mark Zuckerberg was just 20 years old when he launched Facebook and 23 when he made his first billion and stole the crown of ‘youngest self-made billionaire’ from Bill Gates who had been 31 at the time of hitting this landmark.

Have a look at the infographic below to uncover the stories behind some of the world’s most successful people and the ages at which they made pivotal achievements. Who inspires you the most?