Fiction loves a good business. Whether it's in books, TV or movies, companies of every size frequently form the backdrop of compelling and captivating storylines. Sometimes, we wistfully long to be in the same fun place as the characters. Other times, we're rooting for the evil, corporate demon to fail and fall.

But behind all the gloss, fictional businesses can teach their real-life counterparts some valuable lessons.

So, with tongue a little in cheek, here are some things I think businesses can learn from the fictional worlds created in print, digital and celluloid. 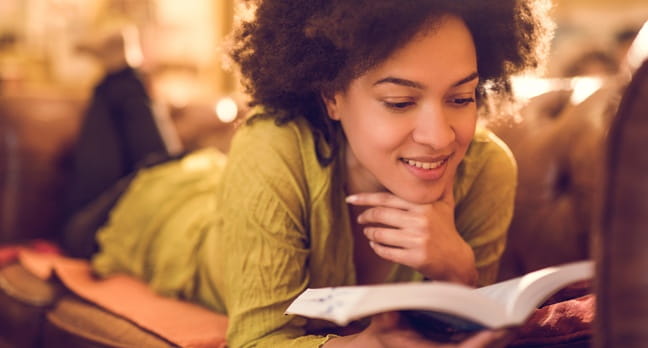 With a talent for mischief and an extremely innovative skillset, Fred and George Weasley quit Hogwarts School of Witchcraft and Wizardry amid a swamp and spectacular fireworks to launch their own start-up in what could safely be called tough economic times.

Despite the detractors (including their mom, who feared their business model would get them killed), Fred and George reasoned that people needed a laugh in dark times and were rewarded with a packed joke shop even in the midst of Voldemort's rise to power.

Lesson: Playing to your strengths, identifying a gap in the market, developing a unique selling point and trusting your instincts can lead to business success.

The law is big business, and the world of young lawyer Ally McBeal at Boston law firm Cage and Fish revealed the bizarre lengths some people go to in order to win both clients and cases.

In a bid to break down barriers, Cage and Fish had unisex toilets and frequently organized social nights out for the entire office. In the courtroom, John Cage specifically utilized some ‘out of the box' techniques to get juries and judges on his side and distract opposing counsel, including a nose whistle, creaking shoes, singing and even a blowtorch.

Very few companies would tolerate the various affairs that Cage and Fish were prone to - bad romances and acrimonious splits really aren't great for the working atmosphere. But, they sure did have fun.

Lesson: Socializing together outside of work so people can let their hair down and get to know what makes their colleagues tick can really help working relationships.

And when it comes to business, don't be afraid to try new things. Sometimes, it's all too easy to play safe because that's what the industry and your competitors traditionally do. But it's the trailblazers who stand out and who everyone else follows.

The fictional New York coffeehouse in 90's smash hit Friends was the scene of many a hilarious episode. The six then 20-somethings were rarely out of the place - which may explain the longevity of an independent coffee house in the face of bigger chains. And notably, Central Perk valued its regulars.

Somehow that cozily-familiar orange couch in prime position was rarely occupied by others and Rachel, Ross and Co. kept bagging the best seat in the house. Internet evidence suggests a ‘reserved' sign can be spotted on occasions. If so, Central Perk woke up and smelt the coffee. Companies ignore their regulars at their peril.

Great deals are often offered to attract new customers while the poor regular is ignored, simply because they've been part of the furniture for so long.

Professor Hubert J. Farnsworth's interplanetary delivery company in Matt Groening's Futurama is a true small business, employing around eight people, including a janitor and an accountant. Their payroll also includes a bending robot, a one-eyed mutant and a company doctor akin to a lobster.

While Bender's occasional opinion of "Kill all humans," is not one I endorse, What Planet Express shows is that expressing and listening to opposing views can be beneficial. It's also worth remembering when it comes to employee benefits, as the workplace demographic changes, you need to think of the needs of your staff and consider a range of potential options. One size may not necessarily fit all and may lead to top talent going elsewhere. Let's face it, bending robots may not be easy to come by.

Lesson: A diverse and inclusive workforce brings a range of skills, thoughts, viewpoints and ideas that can help overcome challenges and realize the possibilities.

Can you think of any other fictional businesses I've missed?