If your business is anything like mine it probably started off in your spare room or at the kitchen table. It's free of charge, the commute takes no time at all and you can work in your PJs if you want - what's not to like? But as you (hopefully) expand and grow, the chances are you'll need to branch out into an office, especially as you start to employ people and arrange meetings with clients. 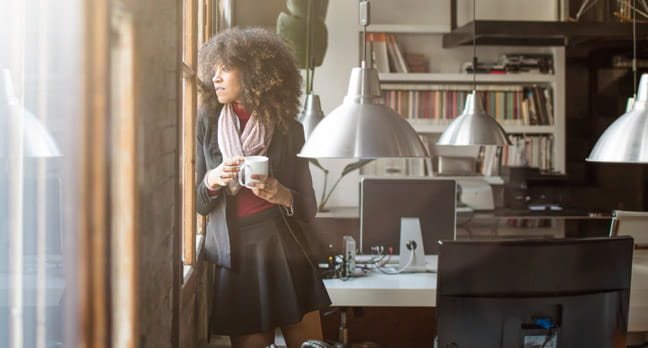 Office space can be one of the biggest expenses for a growing business, adding up to thousands of dollars per year. And depending on where your business is based, rents can vary wildly.

The Building Owners and Managers Association (BOMA) recently used data from its 2015 Office Experience Exchange Report to compile a list of the most and least expensive office markets in the US, with the likes of New York, D.C. and San Francisco featuring heavily on the priciest list. No surprises there then.

Most expensive places for office space in the US

Pretty pricey. But, businesses don't always need to spend a fortune to have an office presence...

Where to find a bargain

If you're doing your sums and wondering how you'll ever afford an office space of your own, never fear, BOMA also compiled a list of the least expensive markets - and luckily there are some great business bases in there...

Fancy setting up in a city with typically expensive office space? Here are a few ways to avoid paying top dollar rents...

#1 Rent just outside the city

If it makes sense for your business to be in a particularly pricey location (e.g. San Fran for tech start-ups) then don't let a high average rent put you off - every city has cheaper neighborhoods and you may be able to find an office in the suburbs that offers many of the same benefits of a city-center location at just a fraction of the cost. Look at BOMA figures above. Rents in the Washington suburbs, while still pretty high compared to elsewhere in the US, are significantly lower than in central D.C.

#2 Work from home where possible

Depending on the nature of your business is it possible for some or all staff to work from home? Even if there are some staff who really need to be office-based, see if you can get away with renting a smaller office and you'll likely see significant savings on your rent.

But what about those client meetings I mentioned right at the start of this blog, you ask? There are always coffee shops or meeting ‘hubs' that will let you rent rooms by the day or hour. Or you could rent a smaller space and have a mix of office-based staff and homeworkers.

Currently, I employ 20 people. If I rented an office that we could all work in 5 days a week, I'd be seriously stretching my budget. But there's no need to - we're mostly on the road selling or able to work from home. For me, the perfect compromise is renting a smaller (and cheaper) space where people can hot desk (work on any desk available instead of having “their own” desk) if they want and hold client meetings. Win, win.

Another great option that I looked into when faced with making my own office-related decision was shared office spaces.

These flexible workspaces involve sharing an office with other start-ups and are perfect if you don't need lots of space and only want to commit to a shorter rental period. They typically have a receptionist, meeting spaces and even some added perks like relaxation areas or pool tables that are sure to prove popular with your team!

As an added bonus, you'll be working near other start-ups, possibly in similar or complementary industries to yours, which can encourage collaboration and knowledge-sharing.

These types of offices are becoming increasingly common as more digitally-based companies spring up, so the chances are you'll be able to find one nearby. This article helpfully lists thetop 100 co-working spaces in the US.I'd be quite happy working in pretty much any of these.

Alternatively, if you know someone else who's starting up their own firm, why not join forces to rent an office space? Just make sure you've got a good system for booking the meeting rooms in place...