Is your job orientation process perfect? Mine certainly isn't. But I'm learning from my mistakes.

Finding the right staff is a big challenge for any business, but especially so for smaller companies. And once you've found the perfect employee, getting them to stay is another issue altogether. 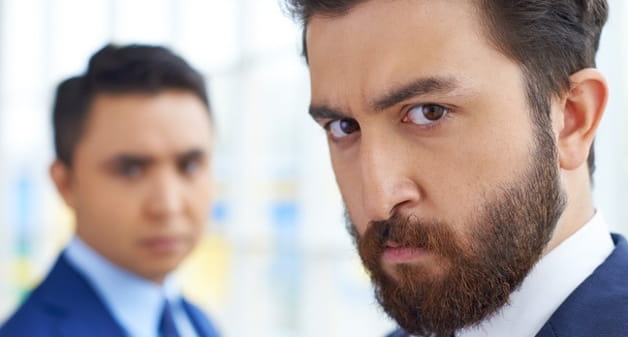 To be honest, during my first year running my own business, I didn't have the best staff retention rate. When I hired people I thought they were the perfect fit, so after resignation letter number 3 landed on my desk I started looking at potential reasons my employees were hunting for new jobs so soon after they'd landed one. As you can imagine there are loads - maybe their dream job came up, or the role wasn't what they were expecting? Obviously some things were out of my control, but I wanted to make some positive changes in an area I could have an impact on to see what effect it had.

After a bit of head scratching, I turned the spotlight onto my job orientation process. Much like an interview is an employer's opportunity to get a first impression of their potential new hires, I see employee orientation as giving workers that all-important first glimpse of what it's like to work at your company.

If they don't like what they see, the chances are they'll be updating their LinkedIn profiles and looking for new opportunities even before their probation has come to an end.

I'll admit I made some silly mistakes with my first hires. Here are a few of my biggest errors - hopefully you can learn from them.

Mistake #1: Not keeping in touch

Once you've delivered the good news that you'll be offering someone a job, you don't have to speak to them until they turn up on their first day, right? Wrong. Months can pass between job interview and actually starting a role so it's important to touch base with your new recruits in the interim. I like to send them some information about their role or the company's history so they can familiarize themselves with it ahead of day 1. You can also send them an outline of what they'll be doing in their first week so they know what to expect. Or, just give them a call or email a few days before they start to say '' and let them know of any paperwork or equipment they need to bring. A friendly message will help calm any nerves. One thing I've been trialing is putting people in contact with a 'work buddy' so they'll know someone other than the boss on their first day.

How well organized their first day is gives employees real insight into what a company is like to work for. I like to get any paperwork that needs filling out printed in advance and work out a schedule for the day including any meet-and-greets and office tours. Will new recruits be getting straight to work or is there any initial training? They could even spend the day shadowing another employee. Whatever you decide, make sure you have a full day lined up and that you communicate all plans clearly. There's nothing worse than having eager new recruits sat with nothing to do.

When I started my first job, I turned up bright and early at 8.45 am for a 9.00 am start, only to be left waiting in the lobby for an hour while the boss checked their emails and got the day started. I remember feeling a bit deflated and slightly annoyed. My mind certainly wasn't quite where it should have been when my boss did finally bother to come and get me. I know that's how things go sometimes, and I'm certainly not 100% punctual the whole time, but I guess the learning is that if you know that it takes you a while to get sorted in the morning, why not tell people to come in later on the first day so you can give them your undivided attention?

It's natural for people to be nervous during a job orientation; they want to create a good impression and are scared they'll do something stupid in front of their new boss. In my experience, overwhelming them with information as soon as they arrive can make things worse. Now, I try and put people at ease - offering them a drink and making small talk before I jump into the orientation itself. Another tactic that's worked well for me is having someone who'll be working on the same level as them on hand to do a quick tour or take them to lunch. There are some questions new recruits are probably more comfortable asking their colleagues rather than their boss!

Employee orientation is the perfect time to make sure employees know exactly what's expected of them, in terms of both job performance and behavior. As part of a sales team, my staff have strict targets to work to and in the past I probably didn't emphasize this enough during orientation - meaning staff were rightly annoyed when it later became clear how important they were. Now I make sure I set out what I expect from staff from day 1 and give them the chance to ask any questions about their targets. It works the other way too - if you expect staff to finish early on a Friday if everything's done, let them know that's okay, or they'll be the only ones left working come 5:00pm.

Mistake #6: Focusing on the company rather than your new employee

It's tempting to use the employee orientation process to tell recruits all about your company - particularly if it's your start-up and you're quite rightly proud of what you've built up. I was certainly guilty of this in the early days! But research shows that employees are likely to understand things better if you make it more about them. Now I use my time with new employees to chat about what they do well and what they'd like more training on.

I can't pretend I'm perfect at job orientation. Not everything goes to plan, but my employees tell me I'm doing a better job and my retention rate has improved.

Is there anything you find works well (or not so well!) for you?