When it comes to growing my business I'm definitely not one for standing still - I don't prescribe to the 'wait and see' mentality. Instead, I like to try different things all the time. 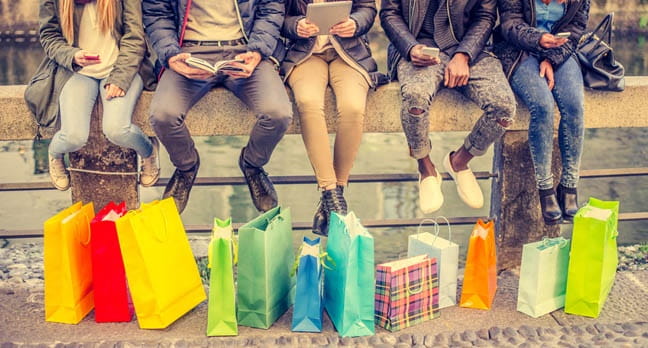 Don't get me wrong, I'm still a freshman as far as online marketing is concerned, but I'm learning all the time!

I've discovered it's healthy to keep an open mind, but not to sweat things too much if they're not producing results. If what I think's a great idea doesn't work, then 'Hey, it was a bad idea.' I resign it to the trash can and move on.

Take, for example, my Twitter presence. Now, I love to read all the blog posts I can on how to better manage social media for business.

Incidentally, you should seek these guys out if you're serious about marketing your business online. They're the best at what they do and share a ton of good stuff, which I've found essential for helping me navigate the tricky marketing waters.

So, I've been experimenting with a bunch of social media tactics over the past few months. Stuff like posting with and without images, using quotes, sharing more posts from around the web, and so on, with varying degrees of success.

However, one thing I've discovered that really works for me is Twitter polls.

It's a cool way of gauging the thoughts, interests and challenges of my audience. I have to say, It's been a bit of a revelation. 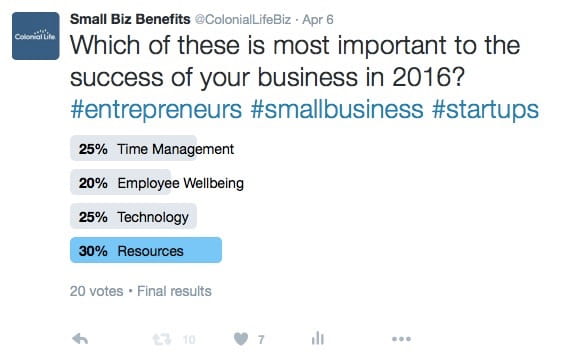 My first attempt at a poll

What I love most is that it's been an awesome way of informing future blog posts.

The results of the first poll I conducted (above) showed that resources were most important to business owners.

So, I dug a little deeper with a follow-up poll: 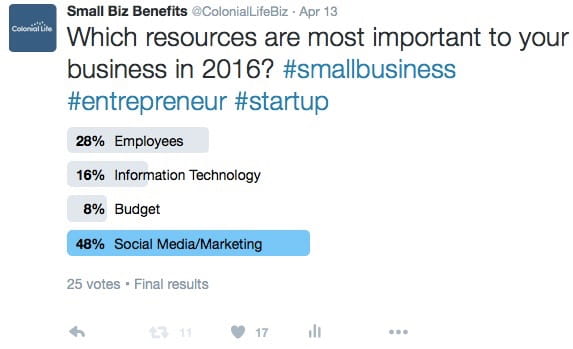 And I discovered two things. With my second poll, I'd had a higher* (modest, but higher) number of respondents, which showed that the first wasn't a 'one hit wonder', but I now knew which resource was most important to my audience.

This was great! Why hadn't I thought of this before?

If my audience valued social media as a marketing resource, then maybe I could share my personal thoughts and experiences of using social media, so I wrote a blog post about why I use social media for business.

I've since followed up this blog post with several other social media-related blog posts, and they've also performed really well.

Recently, I wanted to know which blog post I'd written had performed best on Twitter and I found this great tool called My Top Tweets.

Just type in your Twitter handle, hit Go and it returns your top 10 best tweets.

Guess which was top of the pile for me?

Polls have been a hugely valuable addition to my Twitter marketing efforts. It can often be tricky to get a response to questions asked online, maybe because people are a little reticent to put themselves out there. I get that, which is probably why polls generate the responses they do - the responses are anonymous.

But no less powerful.

Here are a few takeaways about polls. By all means, run a poll however suits you. Experiment with timings, choices and hashtags, and see what works. Here's how I do it:

The companies I mention or link to in this post are just examples that I thought you'd find useful – I don't endorse them or their services. I have no affiliation with them and make no representation about their services.