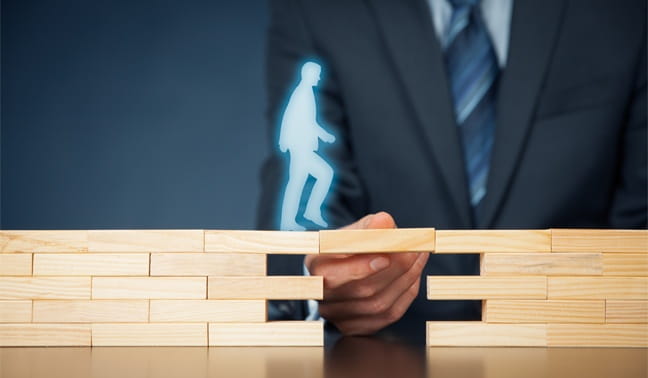 Walt Disney didn’t have the best start. At 22, he was fired from his job on a newspaper for not being creative enough. His first animation company went bankrupt. Then, when he found some success with a cartoon character called Oswald the Lucky Rabbit, the rights to it were taken by his distributor Universal Studios, leaving Walt out in the cold. Only at that point did he have the idea of Mickey Mouse – and the rest is history.

Like Walt, many people in business have to keep trying in the face of adversity before they find success. It takes determination and self-belief to keep going. But you have to learn from your mistakes too – if something isn’t working, figure out why and try doing things differently.

Fujifilm: Branched out when the market changed

The advent of digital photography must have been a strange time for those working in the camera business. Until the late 1990s and early 2000s, Fujifilm was doing big business producing film for traditional cameras, and had been leading the Japanese market since 1934. As digital photography entered the mainstream, demand for camera film plunged.

Fortunately, Fujifilm had already broadened its product base to include medical imaging, optical technology and industrial products. Recognizing that the market was fundamentally shifting, the business divided its efforts between getting the best profits it could from the outgoing film market, while gearing up its other operations and branching out into areas like skincare, graphical art supplies and equipment servicing.

Part of Fujifilm’s strength was its early diversification. Another was its pragmatic approach. Rather than burying its head in the sand or trying to stop the tide, it responded efficiently to the total disruption of its main market. That may be why it’s still around today, while its US counterpart, Kodak, went out of business in 2012.

Believe it or not, the Apple company was once teetering on the brink of bankruptcy. In 1997, after years of lackluster sales, Steve Jobs took the helm of the struggling company and announced a partnership with Microsoft, which had agreed to bail out its former and future rival with a $150 million dollar investment.

From that point, the brand, which had always been known for its personal computers, started making an impact with stylishly designed gadgets. The first big hitter was the iPod, which launched in 2001. In 2007, they revolutionized the world of communications with the first smartphone, the Apple iPhone.

There are two lessons here. The first is to accept help when you need it, even if it comes from an unlikely source. The second is to look beyond your current product and business model. Apple might have done okay if they had stuck to computers. But by reinventing their brand, they opened up a new avenue of business with world-changing results.

Today, Burberry is a fashion favorite the world over. Its clothing, fragrance and just about anything else with the Burberry logo is hot property among preppy young people. In the early 2000s though, its image was faltering.

In its native England, Burberry had fallen from its perch as a traditional, upmarket purveyor of trench coats and outerwear, and had become synonymous with bad behavior and undesirable sectors of society. Its hallmark checkered pattern was being licensed and bootlegged so often it had lost most of its prestige.

The key to turning it all around for Burberry was rediscovering its roots. The company pulled manufacture and design operations overseas and centralized its operations in England, focusing on the Yorkshire area where the garments originated. With marketing and digital media that told the story of its heritage and quality, Burberry carved a new niche for itself.

Staying true to who you are and what you believe in is as important in business as it is in life. While flexibility and diversification is important - as we’ve proved in the previous examples – it’s also essential not to lose sight of what makes your brand unique.