The end of 2017 is rapidly approaching, and many employers will be handing out year-end bonuses or other perks and presents. But will a bonus bestowed at the dawn of a new year really keep an employee happy, satisfied, and ready to settle in for another 12 months of productive work? 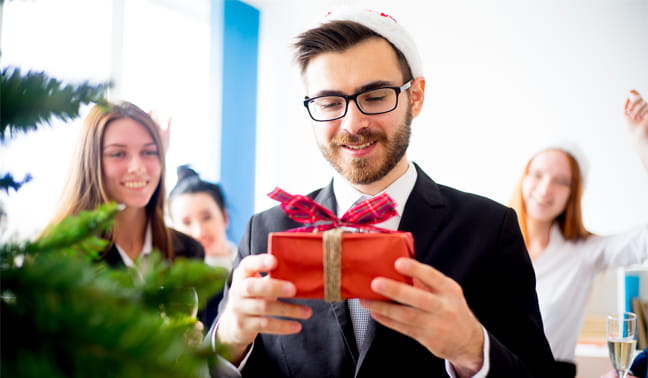 Many experts are beginning to question this Santa Claus role, and are suggesting that a more strategic, more personalized year-round approach to pay might be more effective in building loyalty and job satisfaction.

An annual holiday bonus survey by staffing and recruitment firm Accounting Principals found that while bonuses increased in value by 66 percent from 2016 to 2017, bonuses overall are not as common as they once were. This year, 63 percent of HR or hiring managers said their company planned to give out monetary holiday bonuses, down from 75 percent in 2016. However, the bonuses are bigger: $1,797, compared to $1,081 in 2016 and $858 in 2015.

Most employers that decided not to give out bonuses said they preferred to award bonuses and other awards throughout the year (39 percent of all respondents), while nearly as many (38 percent) said they were making charitable donations on behalf of employees. This is a huge change from last year, when only 7 percent eschewed holiday bonuses for charitable donations.

Most Employees Believe They're Underpaid

Meanwhile, from the Not-at-All-Surprising department: A recent survey by PayScale, a compensation data and software provider, shows that many employees consider themselves underpaid and underappreciated, even if there is no objective proof that they are either.

But here's the hook: To retain these restless employees, the survey found that the most important fix isn't to the "underpaid" perception, but to the "underappreciated" perception. How workers' pay compares with the norms of their community was way down on the scale of importance.

It takes more than a year-end bonus to fix this appreciation problem. Sure, the holiday eggnog and cookies can certainly help raise spirits as well, but only if management follows up with a consistent campaign to communicate to employees about their compensation.

Talk to Employees About Their Pay

Although it might seem obvious, the key to stopping workers from grousing to each other (or to survey-takers) about pay is to talk to them about it yourself, both in a group and one-on-one.

Remember that younger workers are much more likely than older ones to compare notes about how much they are paid and the size of their bonuses. So it's best to get out in front of that. Explain clearly how salary and promotion decisions are made, and get feedback from each employee about whether they feel their compensation is fair. Be prepared with data on community pay scales so that they can understand where they fall in the scheme of things.

The Accounting Principals survey showed that only 23 percent of workers thought their pay was determined by a transparent process, and just 19 percent thought they were paid fairly. That subjective feeling was five times more important to satisfaction levels than the reality of the comparative pay data.

Internal comparisons are more important to workers than external, market-based comparisons are. Workers want to know exactly how performance is assessed and rewarded. They want clear information about how base pay, raises and bonuses are divvied up as opposed to other incentives.

Clear and honest communication is the key. Here are seven things to remember about communicating with employees about their compensation, from experts interviewed in 2017 by Bloomberg BNA:

1. Remember that employees always want to know how their pay is determined and how they can increase it.
2. Communicate openly about how raises, promotions and bonuses are decided.
3. Don't expect across-the-board pay increases to reward or inspire greater effort.
4. Have the right infrastructure and personnel in place to promote a philosophy of fair compensation.
5. Monitor pay practices to make sure things don't go wrong.
6. Create avenues for employees to complain if they think they are getting short shrift.
7. Survey your employees about how they feel about the company's compensation program.

The paramount goal for management regarding satisfaction with compensation should be open communications and transparency, combined with free-flowing feedback from employees. Reassuring employees that they are not in the dark about how they are paid and valued is a lot more important to retention and engagement than a cookie-cutter year-end bonus.

Hyperlinks to third party websites are offered for information purposes only. Colonial Life in no way controls, guarantees, endorses, sponsors, or promotes these websites or their content.