There are lots of amazing things about being the boss, but it does occasionally come with some downsides and, for me, these include having to have tough conversations with my employees. Normally I’m pretty informal and like to think that I get on with my team really well, which makes it even harder when I have to put on my ‘boss’ hat and have an official conversation with someone. 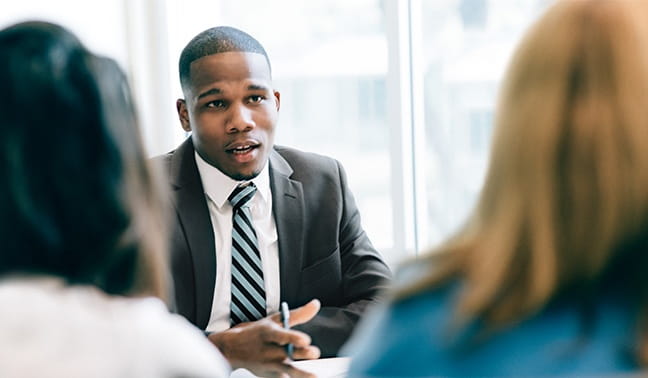 1. When you have to tell someone their work isn’t good enough

As a business owner, you need all your workers to be at the top of their game, after all, so much of your success rests on them. So when someone’s performance is slipping you need to let them know as quickly as possible. I’ve had to have this type of conversation on multiple occasions and it always goes differently. Some people are defensive, some don’t care and others are mortified that they are not bringing their ‘A’ game despite working really hard.

A couple of times, below-par work has turned out to simply be an employee not understanding or misunderstanding what was asked of them. This was a lesson for me as much as them, so now I always make sure I’m really clear about the goals we’re trying to reach (without being too prescriptive; I covered that in another blog post) and ask my employee to play it back to me.

Either way, the one thing that all of these chats had in common is that they ended with a clear plan in place for how the individual is going to try and improve their work and a timeline in which I need to see improvements before further action is taken.

2. When you have to let someone go

Whether it’s because of performance issues, a changing business direction or you have to reduce headcount for budget reasons, having to tell someone they’ve lost their job is one of the hardest things I’ve ever had to do.

Bear in mind that they may be emotional – especially if they’ve not seen it coming. In my opinion, the best thing you can do is be strong and let them respond how they need to.

If there isn’t a performance issue I always make sure to tell the person that the decision is nothing to do with them personally and clearly explain the reasons why I’ve made the decision so there’s no confusion or uncertainty. I also like to say something positive about the time we’ve worked together and, importantly, make it clear that I’m more than happy to give them a reference for any future role.

While it’s important to be clear with your communication, try and keep the conversation as short as possible – they’ll probably want to get away as quickly as possible and process the information.

3. When you have to cut back on expenses

Most employees take any tightening of the corporate purse strings as a sign that things are going very badly, so this is definitely one to handle sensitively if you don’t want people to start immediately polishing their resumes. I’ve had to have this conversation multiple times and I think the key is to be clear, upbeat and honest. Tell people exactly what cuts are in place and why and even if it is because your bottom line is looking less than healthy, make sure you share some optimistic plans for the future too, to reassure people.

I had to cancel the Christmas party one year – but I promised that if we hit a certain target we could have a big bash in the spring which gave everyone something to work towards.

4. When an employee tells you they are unhappy

Not all difficult conversations will be initiated by you. Employees will often approach you to raise issues, either about one of their colleagues, their work or even you, and these can be really tricky to handle as they can tackle you at any time and you don’t have time to prep your response.

I think the key with this conversation is not to be forced into having it before you are ready. If it’s not an issue that can easily be resolved, give yourself some time to think about the best way to handle it. I tend to get as much information as possible from the employee, stress that it is really important to me that the issue is resolved and then book in a follow up chat for the next day or so to give me time to prepare.

5. Telling someone their behavior isn’t professional

I once had an employee who was indisputably great at his job, but his behavior in the office, particularly the off-color jokes he told, simply wasn’t professional and was causing issues among his colleagues. The entire situation was made 100 times worse by the fact he had no idea he was offending people!

With situations like this I tend to try and be quick and honest – there’s no reason to over-labor the point, but the person involved does need to know exactly why their behavior is a problem and what the consequences are if it doesn’t change. I did also make a point to highlight the things he was good at, so it didn’t seem like too much of a personal attack.