At the time of writing, the official movie trailer on YouTube had almost 1 million dislikes. The question is why? Is it just that purists object to the tampering of a movie that's taken on iconic status over 30 years, or the fact that four women have started and head up a successful small business? 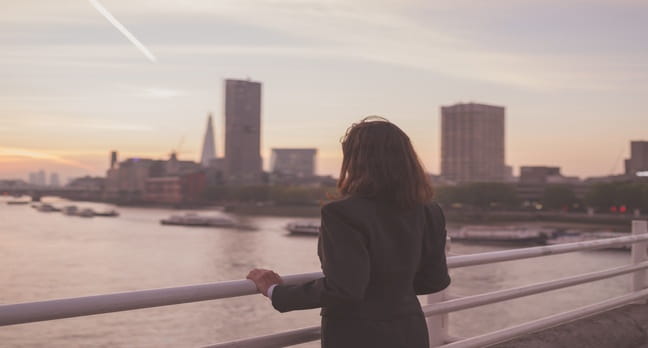 Whatever the reason, the grumbling detractors fail to grasp that the reinvention reflects the workplaces of today (although without the ectoplasm).

The workplace demographic has changed since the 'nee-naw' of the Ectomobile was heard on the streets of New York in 1984. There are far more women in the workplace in general and many more in positions of influence and power.

In fact, according to statistics as a company, Melissa McCarthy, Kristen Wiig, Kate McKinnon and Leslie Jones are likely to do a much better job at ghostbusting than their male counterparts.

According to the 2015 State of Women-Owned Businesses commissioned by American Express OPEN,there are more than 9 million women-owned businesses in the US, generating almost $1.5 million in revenue and employing almost 8 million people.

Businesses owned by women now make up 30% of all enterprises and have created an estimated 340,000 jobs since 2007, while those among men and equally-owned companies have declined1.

The number of start-ups is also on the rise. From 2014-15, almost 900 new women-owned companies opened their doors every day, with the fastest rates of growth in Georgia (an increase of 132 percent), Texas (116 percent), North Carolina (98 percent), and North Dakota and New York (both 89 percent)2.

It's very fitting that like the Ghostbusters reboot, this change has been some 30 years in the making. In a forward-thinking move in 1988, the government passed The Women's Business Ownership Act - paving the way for the Small Business Administration (SBA) to provide "financial, management, and marketing assistance to small businesses, including start-up businesses, owned and controlled by women."

Dell's own Global Women Entrepreneur Leaders Scorecard backs up the U.S.' commitment to women in business3. Dell evaluated 31 countries across five key categories - relative business environments, access to resources, leadership and rights, pipeline for female entrepreneurship and potential for high-growth women-owned businesses. The US came out at number 1.

Women CEOs are low in numbers

There's some way to go before the playing field for men and women levels. Dell's summary highlighted that there was still room for improvement. And in the top business echelons, the balance is still massively skewed. Despite some pioneering work by women to break the glass ceiling, there's still a ways to go before it gets removed entirely.

But the biggest seismic change regarding women in power could rock the world later this year. Let's face it, jobs don't come much bigger or more powerful than the President of the United States. And in a boost to women throughout the world, November may see the inauguration of a woman president for the first time in history.

Even without that milestone, it's clear that women have reshaped business in America. And with the future of female-owned firms looking bright, as the Ghostbusters international trailer says: "Something big is gonna happen!"