As a manager you come up against tricky situations every day, and you know it's important to handle them sensitively or you risk offending your employees or clients. Even the most experienced managers would be hard pressed to get these 5 situations 100% right, every time they're encountered, but hopefully this advice will help empower you for the future. 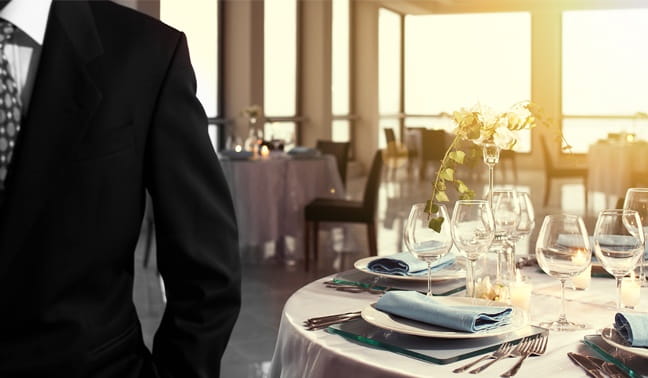 1. Traveling with your team

Traveling with your employees raises all kinds of issues. Should you go out with them in the evening? Do you need to foot the bill for dinner? Can you indulge in a beer or two? It can be a real minefield, and the temptation to hide out with some room service may be alluring. However, doing that means you miss out on a valuable opportunity to get to know your staff out of work and strengthen your relationships. A quality rule for travelling is to be clear that your employees have a choice - after all, not everyone wants to spend their evenings with the boss! Keep things casual by telling them an optional dinner will be somewhere low key and they can join if they want. If they do – keep the conversation away from anything too personal, but not all business either. Also, it's not a bad idea to pick up the tab if you can. They'll certainly thank you for it.

Criticizing someone's idea is never easy, and if you do it in the wrong way, the person in question may never be brave enough to speak up again. If someone puts forward an idea you don't like, always be careful to start by saying something positive, even if it's just thanking them for bringing something to the table. Then, instead of just coming out and saying that you don't like it, try and explain why it's not suitable, whether it's because it's unrealistic, too pricey or not on brief. Rather than squashing their creativity this hopefully gives them the information they need to come up with something you'll both love in the future.

3. You send an email to the wrong person

Who hasn't done this? It's embarrassing, but luckily it usually isn't a big deal – you just have to shoot out another email asking the unintended recipient to ignore it. But what about those cringe-worthy times when you send someone an email about them, which they weren't meant to see? After a lot of pacing round your office and banging your head against your desk when you realize what you've done, the best course of action is ALWAYS to suck it up and apologize. Pick up the phone and as well as saying sorry (many times) explain the root of your reasoning for feeling the way you did. The truth matters, no matter how badly it hurts in this instance. Perhaps you were frustrated that you couldn't do the best job possible for them and explain how you'd like to work moving forward. Yes, it's really awkward, but owning your mistake and trying to turn it into something positive could mean not losing your client. People appreciate the truth, no matter how hard it might be to utilize it.

It should be okay for employees to talk about their personal lives in the office, after all they're not robots. But what do you do when someone crosses the line and takes things a bit further than discussing weekend plans and the funny things their kids said last night? Over the years it's likely safe to say we've all been around a few employees who've taken things a bit too far and used the office as a spot to vent all their frustrations and share every detail of their personal lives - much to the awkwardness of their colleagues. To start we might just ignored the situation, but when it becomes clear other employees are uncomfortable you have to step in. Again, there's no real way to tackle this without some awkwardness, but taking them aside and being clear about what you consider "over sharing" and why it's not appropriate does work. If possible it's best to avoid being too specific about the details they were oversharing to avoid embarrassment on both sides!

5. A staff member is dressing inappropriately

Business casual is a pretty vague dress code, but thankfully most employees understand what it means. Having to tell someone that what they're wearing isn't appropriate, whether it's too scruffy or too revealing, is tough. After all clothes are pretty personal. When it does come to your attention that someone isn't dressing appropriately, try sending a broad email reminding people of what's okay and what's not and hope they would take the hint. If that doesn't work, then it's time for that awkward and quick face-to-face chat. It's important not to be judgmental or focus on what's wrong with specific items they wear (that's too personal) - instead just remind them of the dress code and why you have it.